What a crazy day we had. We woke up bright and early for our voyage to North London to the super super secret studios not too far from potters bar, just off the M25 in Borehamwood. Keith Lemon, AKA Leigh Francis got in touch after seeing Will Mellor had joined the Slick Revolution. We didn’t just want Keith on our eboards, we wanted our eboards on Celebrity Juice so we had a spark of genius. The motorised chair (not to be confused with an electric chair) was already in use at our office and so we pitched the idea of a wacky races style showdown. Keith messaged straight back with ‘oosh, let’s get that on the show’. It’s the first episode of Series 21! With Emily Atack, John Barrowman, Paddy McGuiness, Holly Willoughby, Mark Wright and Howard Donald.

Work began on ridiculous vehicles, the motorised chair, next a powered kayak and then finally the electric bin and magic carpet. All utilising the Flex-Eboard for power and steering, these things are awesome. (Apart from the magic carpet which was infact magic).

We hit up the studios and watched the team rehearse the tasks and the show. Keith turned up and walked around shouting his comedy, it was pretty surreal.

The race began late on in the day with John Barrowman on the motorised bin and Howard Donald on the motorised chair. It was a simple course but the celebs had zero practice on the vehicles. Sprint start, over the speed bump and in to a 90 right. Around the roundabout and a quick stop for the old lady crossing the road, accelerate off the line and finish in the studio.

Keep an eye out for Robert and Howard in the crowd scene when Keith is introducing the racers. Should we stock the motorised bin in the future? Let us know in the comments.

All in all a great day and a cool insight in to TV production. Take a look at some of the shots below… 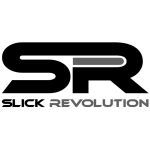 Which electric skateboard is best for me?

Which electric skateboard is best for me?